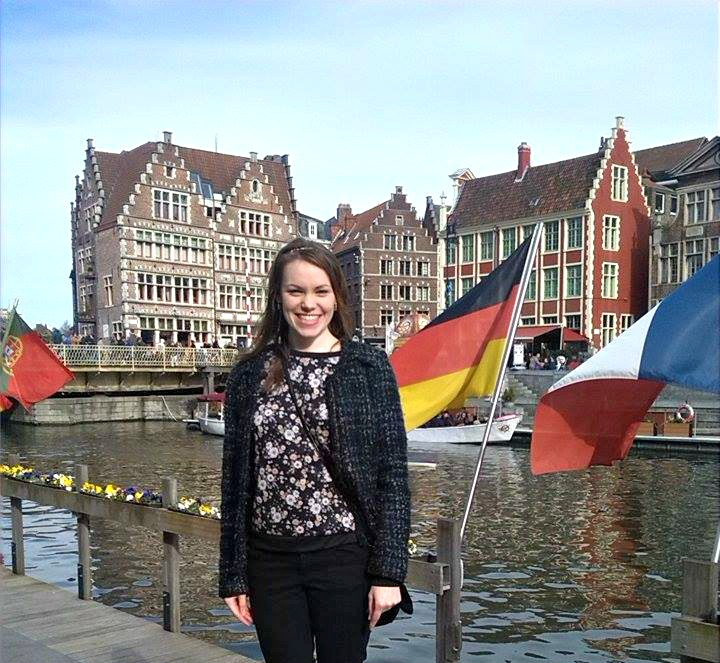 On our second day in Belgium, we headed out of the city to visit Ghent and Bruges. Our hostel Sleepwell Brussels had cute hand-drawn maps made by locals so we took these with us.

A youth travel company USE-IT makes these maps in conjunction with locals and they’re an excellent resource. (Not that I can read maps but they’re nice to look at.)

First stop was Ghent which is a beautiful Dutch city. Don’t be fooled by its medieval vibe, it’s also a place of genetic research and home to several Nobel prize winners!!

Ghent also has an eco-friendly vibe with wide cycle paths and promotes vegetarianism avidly even having a “meat-free” Thursday in many places. Also, no-one seems to lock their bike up in Ghent….wouldn’t happen in Dublin…

For our day out I wore a nice casual outfit: a vintage tweed jacket which I bought in Paris, a floral jumper, black skinnies with a crochet hem and my trusty Topshop plimsolls.

We strolled through the town taking in the sights with a guided tour from Michele’s lovely friend Christine who lives in Ghent.

We stopped for a lunch of “Ghent Bolognese” which is basically finely ground mince bolognese with carrots and mushrooms at a restaurant called Club Reserva Cafe. It was delicious!

Ghent was an industrial town, ruled by traders and Saint Nicholas’s church was owned by the traders. Saint Nicholas is the patron saint of traders.

Incidentally, Ghent was one of the first places after the UK to participate in the industrial revolution. This church underwent several attacks and ransacking but is undergoing reconstruction today. 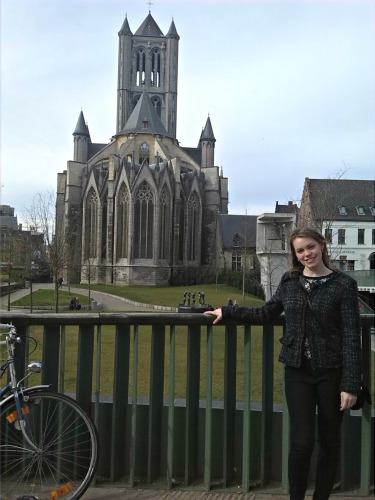 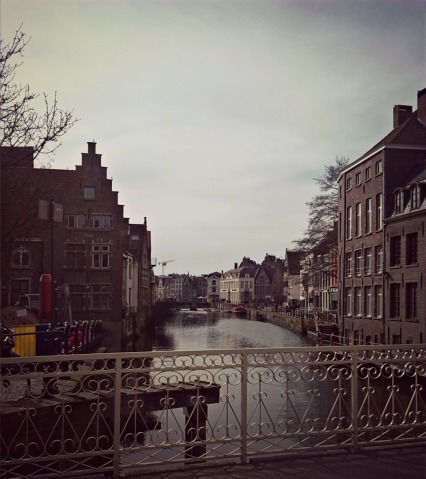 Ghent Castle harks back to a time when Ghent was part of the Spanish Empire. The Spanish occupation was a difficult time and most traces of Spanish influence have been removed from the city.

The picturesque canals are lined with old buildings and boats by the docks and I got some great photos here. 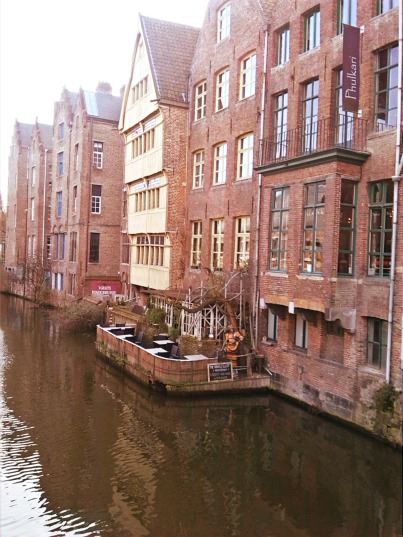 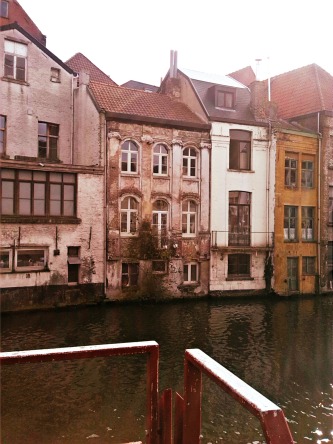 The architecture and canals are quite similar to those of Amsterdam. 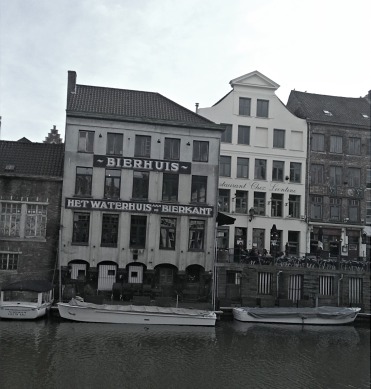 While in Ghent we also sampled traditional “cuberdons”. These are little red fruit sweets that look like a nose.

They have a crispy coating and are filled with a sweet liquid. They are quite strong so a few will suffice.

From beneath this bridge is the only point in Ghent where you can see all of its three medieval towers together.

The most famous one, The Belfry of Ghent, is not a symbol of the clergy or the monarchy but in fact the people themselves.

The gilded dragon on top of the tower is a representation of this. 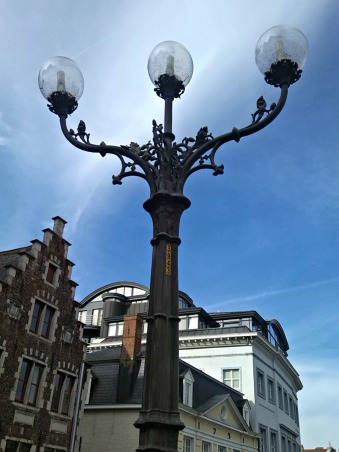 I hope you’ve enjoyed this post and photos and thanks as always for visiting my blog.