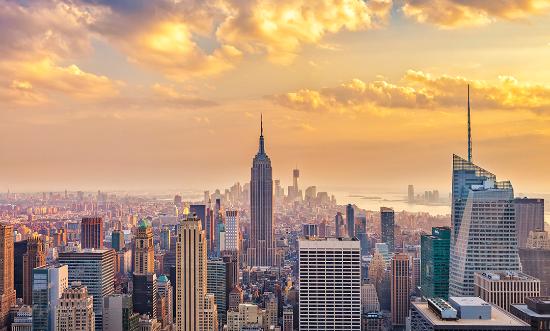 New York: One hell of a town

New York City terrified me the first time I visited, (alone and almost didnt have enough money for my hotel room cue complete panic) but I’ve been several times since and I can’t get enough of the place! It’s a cultural melting pot and you can find people of all nationalities living in New York..

In tribute to the world’s most amazing city (after Galway hem hem!) I’m going to share some of my favourite New York music, images, books and films based in NYC and my own photos from my trips there.

First up is The Beastie Boys -Open Letter to NYC.

This song captures both the affection of the guys for their home town and the diversity of New York. “Asian, Middle Eastern, Latin/Black, white New York you make it happen!” It alludes to the 9/11 attacks and it’s a really powerful song.  Listening to it again after all these years makes me happy!

I have to include Alicia Keys and Jay-Z’s Empire State of Mind which I have always loved and was playing like a maniac the night before I left for New York for the first time. Leaving no-one in doubt as to where I was going! 😛

Alicia and Jay are from Manhattan and Brooklyn respectively and it’s such a great story of success and struggle in the city. I also love the piano version below with just Alicia, she has such an incredible voice and is an amazing instrumentalist also.

Angel of Harlem was the second single off U2’s 1988 album Rattle and Hum. That makes it the same age as me. It’s a classic.

I love this song, from a New York state girl.

J-Lo might remind us every so often of her Hispanic roots( The Spaniards I know hate her and her use of the Spanish language :P) but she’s a genuine New Yorker from the Bronx. It’s funny to look back at her first foray into music, she’s changed a lot since!

I defy you to dislike this song.

And the smooth crooner himself Mr Bruno Mars. I’m in love with this guy! He’s not from New York either but it definitely got to him too. 😉

Two of my favourite photo blogs are Humans of New York and Chris Arnade photography. Shame on you if you haven’t heard of HONY at this stage, it started out as photographer Brandon Stanton’s effort to create a “photographic census” in 2o1o and since then has developed a huge following with 843 thousand Facebook fans currently.

I really love the diverse images and areas shown on HONY, the stories and quotes that accompany the pictures.

“Success feels like an aggressive act to me. It feels like I’m kicking someone in the shins. I’m about to get my masters degree, but the rest of my family is struggling to survive. My mom is a high school dropout. My twin brother committed suicide. Nobody in my family has money. So whenever I start to succeed, it feels like I’m putting myself on a pedestal and leaving them behind. It causes anxiety. I don’t like to feel better than them. So I usually self-sabotage and knock myself back down.”

In a world obsessed with selfies, it shows all different ages and races, people from every walk of life and I think the authenticity is why people love it so much.

The Facebook page always gets a lot of love, people are just drawn to the characters and subjects of HONY. It took me a while to get used to using that acronym. Sounds like…KONY!

“I’m not Barack Obama. I’m not Bill Clinton. Both of them carry themselves with a naturalness that is very appealing to audiences. But I’m married to one and I’ve worked for the other, so I know how hard they work at being natural. It’s not something they just dial in. They work and they practice what they’re going to say. It's not that they're trying to be somebody else. But it's hard work to present yourself in the best possible way. You have to communicate in a way that people say: ‘OK, I get her.’ And that can be more difficult for a woman. Because who are your models? If you want to run for the Senate, or run for the Presidency, most of your role models are going to be men. And what works for them won’t work for you. Women are seen through a different lens. It’s not bad. It’s just a fact. It’s really quite funny. I’ll go to these events and there will be men speaking before me, and they’ll be pounding the message, and screaming about how we need to win the election. And people will love it. And I want to do the same thing. Because I care about this stuff. But I’ve learned that I can’t be quite so passionate in my presentation. I love to wave my arms, but apparently that’s a little bit scary to people. And I can’t yell too much. It comes across as ‘too loud’ or ‘too shrill’ or ‘too this’ or ‘too that.’ Which is funny, because I’m always convinced that the people in the front row are loving it.”

His subjects are those who frequent Hunt’s Point in South Bronx, drug addicts, prostitutes, homeless or sometimes all three, people who are shunned by society.

Chris Arnade Who Still Believes in the American Dream? Striking portraits. He has so many great photo series, specially the one about the people at Hunts Point the Bronx. For this one, he went around the US asking people about the American Dream. #chrisarnade #theatlantic

These aren’t people who would be normally asked to pose for a photo in the street. They’re the people who you’d cross the street to avoid. Their stories are those of neglect, abuse,violence and countless  trips to prison and rehab.

The photos are hard-hitting and the accompanying stories difficult to read sometimes. New York is seen as part tourist heaven and part dangerous big city but really it’s somewhere in between. Chris says that he has never felt scared or threatened by his subjects. Some have become friends with him and he is trying to portray them as a whole human, not a degenerate.

I’m not much of a movie buff but I do have a few New York based favourites. 🙂

This is such a beautiful black and white movie, love the characters, music, story and humour. If you’ve never seen it I’d really urge you to watch it! It’s had its fair share of criticism and I’m told the book is quite different and not so romantic.

Audrey Hepburn is  pure glamour and is a real star unlike many onscreen idols of today. It’s a very quotable movie and these are some of my favourite quotes.

“The blues are because you’re getting fat and maybe it’s been raining too long, you’re just sad that’s all. The mean reds are horrible. Suddenly you’re afraid and you don’t know what you’re afraid of. Do you ever get that feeling?”-Holly Golightly

“Well, when I get it the only thing that does any good is to jump in a cab and go to Tiffany’s. Calms me down right away. The quietness and the proud look of it; nothing very bad could happen to you there. If I could find a real-life place that’d make me feel like Tiffany’s, then – then I’d buy some furniture and give the cat a name!”-Holly Golightly

” You’re afraid to stick out your chin and say, “Okay, life’s a fact, people do fall in love, people do belong to each other, because that’s the only chance anybody’s got for real happiness.” You call yourself a free spirit, a “wild thing,” and you’re terrified somebody’s gonna stick you in a cage. Well baby, you’re already in that cage. You built it yourself. And it’s not bounded in the west by Tulip, Texas, or in the east by Somali-land. It’s wherever you go. Because no matter where you run, you just end up running into yourself.” -Paul Varjak

Sex and the City movie

Again girly choice but you have to love this movie if you’re a fan of the show. It’s really funny, ridiculously glamorous and ostentatious and ties up a lot of the loose ends of the show.  It’s a real feel good movie and the soundtrack is bonafide girl power! I could quote this movie all day but here’s a few of the best. 🙂

“I can’t color enough, I would color all day every day If I had my way, I would use every crayon in my box!” -Samantha Jones

Mr. Big: “We’re getting married. Should we get you a diamond?”

Carrie Bradshaw: “No. No. Just get me a really big closet.”

[to Big] “I curse the day you were born!”-Charlotte York

I love a good cheesy movie and Maid in Manhattan is just that! Two people from completely different walks of life meet in a case of mistaken identity…slushy stuff! 😛 Plus I love J-lo’s ballgown at the Met fundraiser.

Have to include The Great Gatsby as well. It’s very interesting to see what New York would’ve looked like in the 1920’s and the different worlds of Long Island, Manhattan and The Valley of Ashes. It’s a really decadent film and portrays the luxury of life within Gatsby’s circle.

TV shows set in New York that I love.

Just discovered Girls which is really brilliant and funny. It’s supposed to be the pseudo prequel to Sex and the City but it’s a lot more realistic. The characters deal with unsuitable lovers, struggling to get jobs/pay their rent and lots of other 20 something in NYC problems.

Also used to love watching Sex and the City and Will and Grace back to back when I was younger. Law and Order SVU is also really gripping with great actors.

This book is based on the real life event of a tightrope walker Philippe Petit who walked between the North and South Twin Towers in 1974.

The story is told by several different characters including the fictional voice of the tightrope walker himself. The lead up to the walk and the events of the walk cause the stories and lives of the characters to intertwine.

I’m including this as a book as I read the book first. The book version is as good as the movie!

Hope you all enjoyed this post. If you’re going over there I would recommend going late summer or early autumn as it’s very hot and humid earlier in summer.

Hotels are incredibly expensive so hostels are the best choice. The subway can be a pain in the arse but runs 24 hours and can take you all over New York. The best tourist attraction in my opinion has to be the Metropolitan Museum of Art it’s just breathtaking! 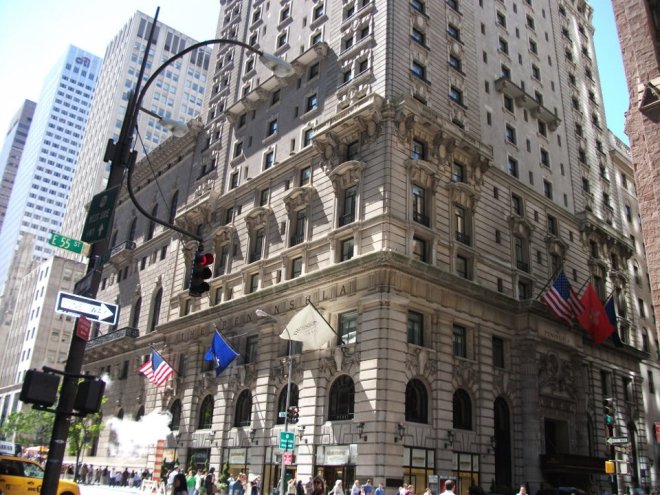 Unfortunately I lost my all photos of my visit there when my phone broke. You can also see the Statue of Liberty for free by taking the Staten Island ferry. Greenwich village is great spot to socialise in if you’re looking for a good night out.  If you’ve been to New York, feel free to leave me a comment about your experiences!