I was delighted  when I found out Elena’s interview was published on The Fair’s website and even better The Fair asked me to write for them also! The Fair is a new Irish fashion magazine focusing on ethical fashion and I’m so happy I am featured on their site.
]It’s refreshing to see a new fresh Irish magazine with great contributors and the support for ethical fashion. Fashion is definitely an industry where ethics are often thrown out the window and the emphasis is on mass produced products that only last a season. Pollution, poor labour conditions in clothing factories, low pay for workers across the sector and wastefulness are often not considered.

I was brought up with the “reduce, reuse, recycle” mantra out of need rather than any abiding love for the planet but I try and get the most of items I wear. I try to donate all old clothes to a charity shop or recycling facility as I’m a strong believer in only using what you need. It sickens me when people throw perfectly good items away rather than donating them! I always find when buying a new item, it’s a good idea to think if it will go with at least three other things you already own and that way you’re not buying something you won’t get wear out of.(As your mammy would say!) 😛

I’m currently working on writing submissions for The Fair magazine. I’m beyond thrilled for this opportunity as I’ve done different kinds of writing for years and have always wanted to write professionally. It feels a little bit like Carrie Bradshaw and a little like being back in college! But this time I’m picking the topics. 🙂 The Fair today, Vanity Fair tomorrow..hahaha! 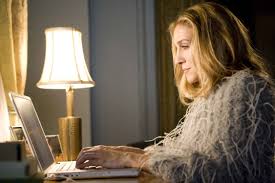 Think Carrie Bradshaw but a lot less money and in Dublin 😉 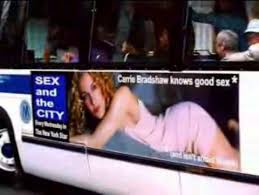 A bit less this….

And a bit more this 😉

Anyway I will be working on my submissions and hopefully not be too constrained by word limits! I will keep you all updated on them in due course. Check out The Fair for some good reading in the meantime. Thanks for checking out my blog!

2 thoughts on “My latest ventures”